Copyright 2022 © Safina.
Fixed Content Due to the COVID 19 epidemic, orders may be processed with a slight delay 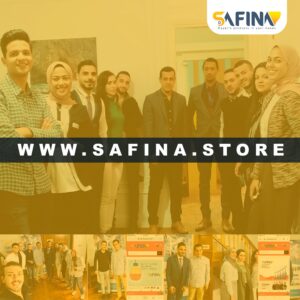 Safina Egypt Company has introduced the first e-commerce platform for that will enable Egyptian companies to sell their products to both local and international customers.

Safina described the company as a response to the hopes of the country’s manufacturers to give their products an international reach and visibility and increase the demand for them in the local market.

Safina Egypt company intended it`s platform to be an electronic trading “mall” that will house all Egyptian industries.

Safina explained that the platform provides a substitute for each participating company, a sort of a virtual outlet for the business.

Islam El_Banna, chairman of the board of Safina Egypt Company, which owns the safinaegypt.com website.

He said the platform allows every Egyptian merchant, import or export agents to search for a product on the platform, which provides a list of manufacturers of that product in Egypt.

He pointed out that users could navigate from one manufacturer to another on the platform because each has a mini website on the site containing specific information about the manufacturer.

He explained that each product is accompanied with a caption giving its name, average price, minimum order quantity, specifications and a brief description.

When customers choose the manufacturer, they wish to deal with, they can contact them through the platform using a dedicated chat engine window.

He said that the opportunity is ripe for Egyptian products to compete at a global level, encouraged by several factors, such as the depreciation of the Egyptian pound, which led to relatively low prices of Egyptian products.

He also highlighted the Egyptian government’s efforts to support the domestic manufacturing industries through the creation of industrial complexes and improving infrastructure to facilitate logistical operations, in addition to monetary and financial policies supporting this trend. 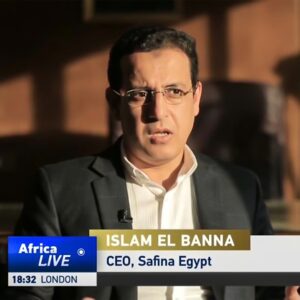 El_Banna pointed out that the Global Competitiveness Report, issued in October 2018, ranked Egypt 23rd out of 141 countries in terms of the market size available for Egyptian product locally and internationally.

He said the 23rd place is considered an advanced position that indicates the size of the market available for Egyptian products locally and internationally.

What is however missing from the chain is a mechanism to ensure easy and fast access to those markets. This is what the Safina platform is designed to provide, the company’s chair said.

Safina platform does not take a commission on any sales. Its revenues are derived from subscription fees from manufacturers on the platform.

SAFINA’s role is as follows:

It is the first gateway for the Egyptian product.

Safina platfrom aims to facilitate the sourcing operation for the Egyptian products “The product”.

That produced in Egypt.

The economic environment at the local and international level faces many problems for the producer and the consumer. The quality of the product, the timing of its accessibility, and the accessibility of it, and the study of these problems crystallized the idea of SAFINA as an electronic platform incubator for all Egyptian industries (final and intermediate) And thus achieve the desires of producers to provide a larger size of the market and access to the largest number of customers locally and internationally and at the lowest costs. 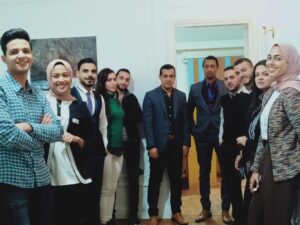 Safina is the lead B2B platform for made in Egypt products